Design exhibition ‘Make a Move’ was organised as part of the 2nd sem. DMD course ‘Digital Material and Interactive Artefacts’. Building on Djajadiningrat’s et al’s work ‘Easy doesn’t do it: skill and expression in tangible aesthetics‘, the course explored how movement can be a meaningful component in interaction in terms of interaction aesthetics. Exploring movement here firstly refers to exploring bodily action – as an appreciation of bodily skill in interaction, and secondly exploring motions of the interactive artefact – to exploit the expressiveness of artefacts. The exhibited projects revealed how the interplay of temporal and physical form of interactive artefacts can raise curiosity, challenge personal space, be magical, or provoke self-reflection, among others. 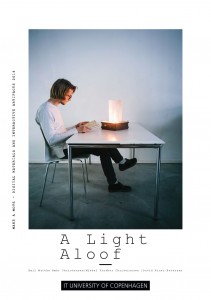 A Light Aloof aims to reconcile a common desktop lamp with subdued, positive emotions. Constructed from a series of planetary gears, the artifact communicates through rotating shades, inviting curiosity and intimacy to reach the point of complete trust. 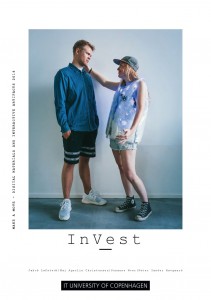 InVest is a wearable vest that changes color, depending on the color in front of it, using the color sensor. Depending on distance, two motors placed on each hip vibrate in a temporal speed, to encourage and challenge people into exploring intimate space and to indicate the actual distance between people. 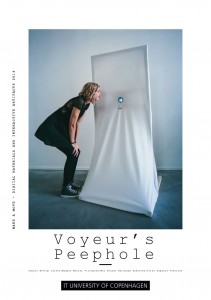 The voyeur’s peephole shaped like an irisblend, that aims to play with passersby curiosity. Upon bending over and approaching the peephole to find out what’s going on behind it, a narrative unfolds through frantic pulsating opening and closing of the irisblend, to end with a sudden full exposure. 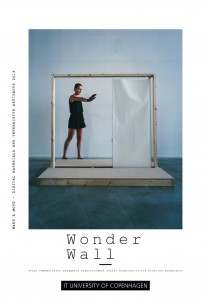 WonderWall is a concept meant to capture everyday magic, empowering the user through movement – more precisely in the social interaction with others. Welcoming someone into your office or room is easily done in a single swipe, making the hassle of moving dividing walls or doors non-existent. 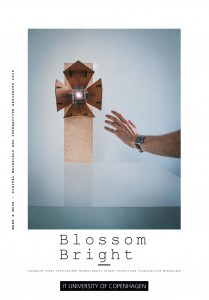 Reminiscent of leaves, Blossom Bright is positioned on a wall and consists of four concave leaves that close as you move towards it, and open as you distance yourself from it, revealing a soothing light in the center of the artefact. The artefact encourages the individual to move away from the walls and further into the room, rewarding you for spending time on what really matters – other people. 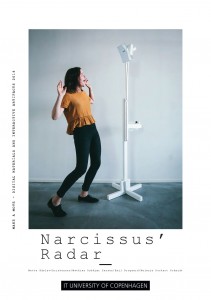 Narcissus’ radar detects people with narcissistic behavior. The radar scans its environment and detects the bodily movement of  passers-by. Upon admiring one-self in the mirror too much, the radar will literally look down on you. 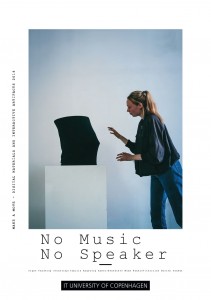 No Music No Speaker

No Music No Speaker is a speaker that aims to create a shared space of people and artefacts. It responses to people’s movement around it, to over time reach out in interest, become shy or show ecstasy. The behavior of the speaker will in turn affect the people around it. 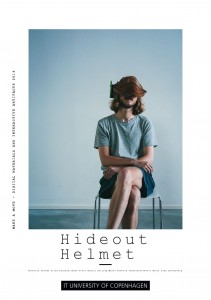 If you have ever felt uncomfortable or somehow forced to socialize, Hideout Helmet is the device for you. Enhance everyday involvement shields trough bodily interaction. Stay hidden and gain a sense of personal space with a light nod, or return to normalcy by moving your head slightly upwards. 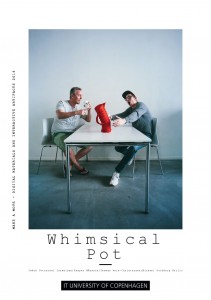 The Whimsical Pot is a coffee pot that dances upon people approaching it. As people reach out for the pot, it would stop the dancing and offer itself to the person. However, it randomly decides whether or not to tease the person by moving the pot out of reach, just as the person tries to grab the coffee.